Red lights are important traffic control signals that determine when a motorist is able to enter an intersection or cross a roadway. Red lights help to maintain the safe flow of traffic by ensuring that motorists from competing directions do not collide with each other when both enter the same intersection.

Traffic safety laws require drivers to stop at red lights and to remain stopped at all times until the light turns green unless the motorist is permitted to make a right turn on red at the particular traffic signal. Unfortunately, some drivers fail to obey this clear rule and do not stop at red lights.

Motorists may make the conscious choice not to stop at a red light because they feel it is safe to do so even though it is a clear violation of traffic safety laws.

Alternatively, motorists may not stop at red lights because they are not paying attention and fail to see the traffic signal change; because they are intoxicated and their judgment is impaired; or because they are traveling too fast to stop at the signal when the light changes from yellow to red.

Regardless of why a driver violates the rules of the road and goes through a red light, that motorist should be held legally liable for any accidents that result from his conduct.

A driver who runs a red can be held accountable to crash victims who he hurts when his actions cause a collision to occur. In the event that a red light accident causes fatalities, surviving family members of the red light accident victim can pursue a legal claim for compensation from the negligent driver who caused the crash to occur.

Taking legal action against a driver who runs a red light can be complicated, but Vegas personal injury lawyers can help to make the process easy. Zachary D. Clayton will work closely with you to understand who is to blame for a red light accident and to pursue a case for compensation from the responsible parties.
You should give us a call to find out about the ways in which our firm can help you to fight for the monetary damages you deserve so you can be made whole in the event of a red light crash. 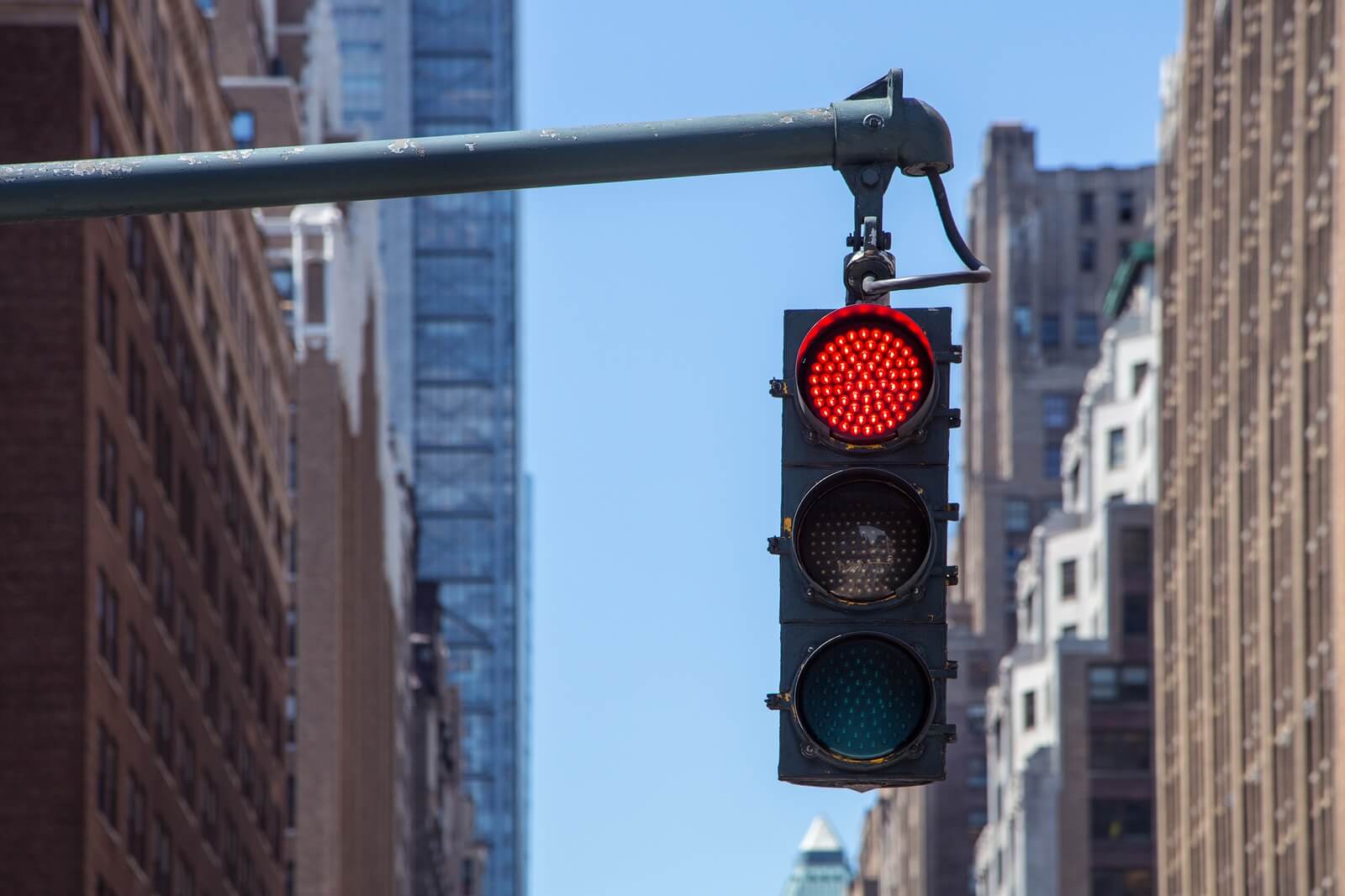 How do Red Light Accidents Happen According to Nevada Laws?

Red light accidents can happen any time a driver disregards a traffic control signal and moves forward when the light is red. A driver who disregards a red light might cause a crash by

These are just a few of many types of collisions that can occur in the event that a driver doesn’t stop at a red light. Red lights exist to prevent accidents, so it is not surprising that disregarding traffic control signals causes crashes to occur.

Who is Responsible for Accidents Caused by Running a Red Light?

When a car accident happens, any driver who was negligent in a way that caused a crash to occur can be held legally liable for the resulting accident. Victims can prove negligence in car accident cases by showing that a driver behaved in an unreasonably careless way. Choosing to run a red light constitutes behaving in an unreasonably careless way, and so it should be easy for collision victims to prove that a driver who runs a red was unreasonably negligent and thus should be held accountable for losses and damages.

Accident victims can also prove a claim against a driver and obtain compensation from that driver by showing that the driver’s violation of a safety rule was the direct cause of an accident. That’s because a safety law violation creates the presumption of negligence so no further proof of carelessness is required.

If the motorist who caused the red light accident was on-duty at the time of the incident, it may not be just the driver who is to blame, but also the employer of the motorist who ran the red light. LV Personal Injury Lawyers helps victims to identify those who can be held liable under the law for causing collisions to occur.

Victims hurt in a red light accident should be compensated fully for all damages they endured, so they should not face any financial or non-economic damages they don’t receive some type of compensation for.

Red light accidents can cause serious injuries that leave victims suffering from painful and debilitating damage. A victim of a red light accident may be unable to work as a result of the crash, either temporarily or permanently if injuries reduce earning power or make holding a job impossible.

Victims should be fully compensated for all economic losses, including those they will experience in the future after a settlement or lawsuit.

Victims also deserve compensation for non-financial loss, such as pain and discomfort, and those who have lost loved ones because they were killed in a red light crash should be entitled to wrongful death damages.

Getting Help From a Vegas Car Accident Attorney

A Vegas car accident lawyer can provide the help that red light accident victims need to pursue a claim for compensation for losses. We will work closely with you to determine who caused an accident to happen and to take appropriate legal action to get money for damages caused by a red light crash.