A pedestrian was hurt this week in central Las Vegas when his wheelchair was struck by a vehicle on February 12th, the Review Journal and other news outlets reported. The collision occurred at 6:45 p.m. on Wilbur Street, near the intersection with East Tropicana Avenue and Maryland Parkway. After the collision, the victim was taken to Sunrise Hospital with non-life-threatening injuries.

The study found that roughly half of all crashes took place at an intersection and significantly, more than 75 percent of fatal wheelchair crashes found that the driver failed to take measures to avoid the crash such as braking or steering. In these situations, it was extremely likely that the drivers simply did not see the pedestrian before the collision occurred.

Statistically, more than half of all fatal pedestrian accidents occur at night. People driving at night, especially those distracted or not paying attention, may not be looking for pedestrians.  At night, visibility is reduced, and reduced visibility causes reduced reaction time for motorists.  Drivers have a responsibility to use extra caution when driving at night and watch out for people walking.

Pedestrians do not wear helmets or have protection in the event of an accident, making them much more likely than people in vehicles to sustain a serious injury including broken bones, spinal injuries, and traumatic brain injuries. Any of these can be permanently disabling or even fatal.

If you have been injured as a result of being struck by a car, you may be entitled to recover compensation in a personal injury claim. A skilled and experienced attorney can help you file a claim in court and recover damages for medical expenses, lost earnings / loss of earning capacity, disability, pain and suffering, and emotional trauma. Before you accept any compensation for your injuries, talk to a lawyer.

Las Vegas personal injury attorney Adam Williams exclusively handles personal injury cases and has represented many people injured in pedestrian accidents.  Adam’s goal in all cases is to help his clients protect their rights, hold negligent wrongdoers accountable for their actions, and ultimately, recover the full and fair, maximum compensation that they deserve.

All cases are handled on a contingency fee basis, meaning our clients pay nothing until and unless money is recovered. Contact Adam and his team today for a free consultation of your potential case.

The Las Vegas Sun reported that two people suffered serious injuries in a crash at the intersection of Desert Inn Road and Jones Boulevard. The accident happened at about 6:25 AM on February 3rd. The driver of a car headed east on Desert Inn was reportedly attempting to make a left turn onto Jones Boulevard when the vehicle an SUV, causing the SUV to hit a curb and roll onto its side.

Two men were seriously hurt in the crash, according to the news report. The driver of the car, a 86-year-old Las Vegas man, suffered life-threatening injuries and was reportedly in critical condition. The driver of the SUV, a 55-year-old Las Vegas man, was also seriously injured. Both men were taken to University Medical Center. Further details about the accident were not available.

Our best wishes go out to everyone involved in this collision. While it is unclear why this accident occurred, it is clear from the news reports that there were some serious injuries. We hope that all involved are able to recover.

Why So Many Accidents Happen at Intersections

Common reasons attributed to intersection crashes are illegal turns, driver inattention or distraction, misjudgment of other vehicle’s speed, or false assumption of another driver’s action. In any collision, the risk of serious injury is compounded when vehicles are operating at unsafe speeds.

Types of Collisions and Liability

Las Vegas intersection accidents can be rear end, sideswipe, head-on or from an angle, such as a left-turn or U-turn crash. When a car crash is caused by negligent or reckless driving, injured victims may be entitled to compensation in a car accident personal injury lawsuit.

In rare instances, the agency responsible for the design of the intersection may also be responsible for a crash.  Damages recovered in a lawsuit may include medical care expenses, lost earnings, loss of earning capacity, and pain and suffering.

Before accepting any compensation offer for a car accident claim, speak with a lawyer about your legal rights and options. You may be entitled to recover far more damages than are initially offered.

Las Vegas personal injury lawyer Adam Williams knows from experience that liability for intersection accidents can be heavily contested. It’s common for each party to argue that they were operating their vehicle legally and safely, and the other party was in the wrong. Injury claims arising from these crashes may require a skilled and knowledgeable intersection accident lawyer’s representation to recover compensation for your injuries.

If you have been involved in a Las Vegas intersection accident and would like to speak with a member of our legal team about your rights, contact Adam Williams for a free and confidential consultation and review of your car accident case.

As part of our contingency fee agreement, there are no fees unless we recover compensation for you.

The vehicles involved in the crash were a black Dodge Challenger, a silver Hyundai sedan, and a blue pickup truck. According to 3 News Las Vegas, the Las Vegas Metro Police Department said the black Challenger was travelling north on Fort Apache, when it veered into oncoming traffic, and collided head-on with the Elantra.

Two people in the Elantra died. The Clark County Coroner’s Officer identified the victims as a 65-year-old woman and a 58-year-old woman. The driver of the Dodge Challenger, a 78-year-old Las Vegas man, was in critical condition and transported to University Medical Center in Las Vegas. Police said impairment was not suspected in the crash.

Our thoughts go out to the family members of the victims of this tragic collision. The sudden and unexpected loss of a family member is heartbreaking and incredibly stressful. From having handled many wrongful death cases, we have seen the pain and hardship these accidents cause, and we have so much compassion for families facing unthinkable tragedies.

Causes of Head On Collisions

A crash where the front end of one vehicle collides with the front end of another is a head-on collision. The most frequent reason for a head-on collision is taking eyes off the road and driving while distracted. Other causes of head on collisions are having a medical event such as a seizure or stroke, driving while fatigued (falling asleep at the wheel), driving under the influence, not allowing enough space to safely pass another vehicle, or ignoring traffic signals or signs.

Police closed the road for several hours to investigate what happened, and most importantly why. Although they did say that impairment was not suspected, they did not provide a suspected reason as to why the driver of the black Dodge departed from his lane and into incoming traffic. Hopefully, the investigation will reveal the cause of the crash. If the law enforcement investigation is not conclusive to establish liability, a more thorough investigation may be required.

A wrongful death attorney can arrange an independent investigation into the cause of an accident.

Considering a Wrongful Death Claim After a Fatal Accident

When a family member’s death is caused by another driver’s negligent actions, such as unsafely operating their vehicle, the victim’s family may pursue a wrongful death claim to compensate for funeral expenses, lost earnings, expected income and future family contributions, and loss of companionship.

To be able to recover money in a wrongful death claim, you will need to establish that someone else caused the accident through negligent or intentional actions, that you were related to the victim (show the victim was your spouse, child, parent, etc.), and that the victim’s death created financial hardship.

Before you accept any compensation for a wrongful death case, speak to attorney Adam Williams about your case. From being born and raised in Las Vegas, Adam knows the community, the roads, the insurance companies, and most importantly, how to hold negligent parties accountable and fight for his clients, to maximize the value of a wrongful death claim.

Call us today to discuss your potential case. There are no fees unless we recover money for you.

Three people tragically died December 26th in a multi-vehicle crash at Desert Inn Road and Durango Drive, 8 News Now reported.  The day after Christmas crash occurred when one vehicle, which was reported to be travelling at a high rate of speed, struck another vehicle from behind and pushed it into an intersection. The impact caused more vehicles to be pushed together, causing a fire.

Four people died in the crash, including the driver that police suspected was speeding and caused the accident. Poor weather conditions were reported the night of the crash, which happened after sunset at 5:26 p.m.

Fox 5 News reported that the vehicles involved in the fiery pileup were a 2016 Mazda 6, a 2017 Dodge Journey, a Lexus RX330, a Ford Escape, and an Audi A3. The ages of the people killed in the crash were 48, 38, 29, and 4. The deaths were caused by thermal, inhalation and blunt-force injurie, and at least two additional people were injured in the collision. Multiple news outlets reported that Good Samaritans aided in the rescue of passengers.

In a tweet the day after the crash, the Las Vegas Metro Police Department Traffic Bureau said “7 cars involved as they were sitting waiting for a traffic signal to change. When is it enough?” expressing the law enforcement agency’s frustration with traffic deaths.

Las Vegas intersections are often filled with many vehicles, and pileup crashes like this one are horrific nightmares with permanent, life-altering consequences. Our thoughts go out to those who are dealing with the painful and devastating aftermath of this accident.

When drivers are traveling at high speeds, one collision can easily spark a chain reaction or pileup, as was possibly the case in the December 26th crash.  Injury victims and their families must deal with senseless deaths, physical injury, emotional trauma and damage to their property. From a legal standpoint, sorting out liability and fiscal responsibility when there are multiple vehicles involved can be challenging.

How an Attorney Can Help Following an Accident

A skilled Las Vegas personal injury lawyer can be a valuable resource following a car accident. Before you accept any insurance offer for compensation following an accident, have an attorney review the facts of your potential case.  A lawyer can help you understand your legal rights and options, and pursue a claim for compensation for your medical expenses, lost earnings, pain and suffering, and even property damage.

Attorney Adam Williams offers a free consultation and as part of his contingency fee arrangement, will not charge any fees unless money is recovered.

Because you only have a limited amount of time to pursue a claim, you should contact a lawyer as soon as possible. In situations where multiple vehicles are involved, it is also important to not delay as the at-fault driver’s insurance company will be having to process multiple claims. 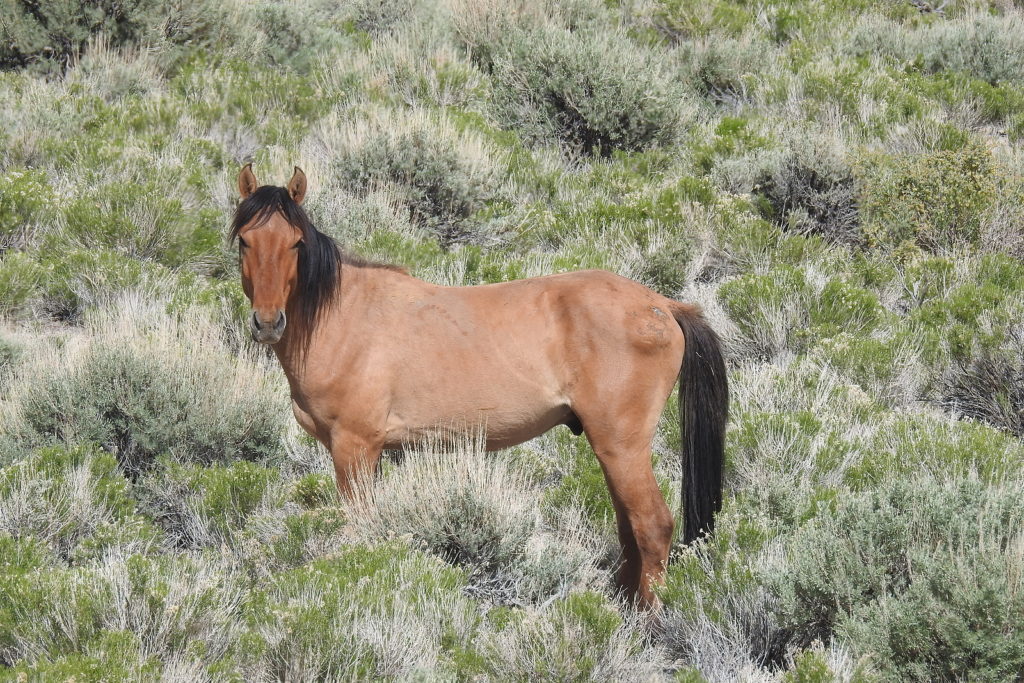 Who is Liable For Wild Animal Attacks?